Should I take a divot with my irons? Is it bad if I don’t? 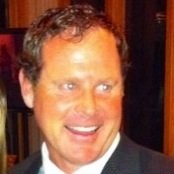 It is definitely true that most of the great iron players took a divot after they struck their golf ball. That being said the many of the greatest ball strikers of all time took shallow divots or no divot unless the shot required them to do so. There are so many different lies that the ball will find itself in throughout a round of golf. If the ball is sitting high up on top of the grass there is no reason to carve out a divot. If the ball is nestled down tightly then a steeper angle of attack which would create a deeper divot would be advantageous for solid contact. The accomplished player knows how and when to adjust their angle of attack on the golf ball.

One of the biggest differences between skilled and lesser skilled players is low point awareness and low point control. Understanding that the swing is an arc can help the player learn how low point works. Every swing goes up, comes back down and then goes up again. Within that arc there is a low point. Ideally this low point should be either at the very bottom of the ball for someone that doesn’t take a divot or up to 4 inches in front of the ball if the player is taking a standard dollar bill size divot.

I believe it can be very damaging to a player’s development to be told to “hit down on the ball“. I think it is much better for the new golfer to learn to cut the grass with the blade of the club. Once the player learns to clip the grass it’s much easier for them to further develop the skill of making the club go into the grass deeper which would create more of a divot. There is a big difference between “hitting down” and the club contacting the ball on the descending side of the swing arc.