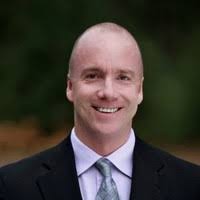 The key to reducing the number of 3 putts is really quite simple. Too many golfers are paralyzed by fear of controlling the line, when distance control is by far the most important. Making putts boils down to three components. Reading the break, hitting it on the correct line, and also the right distance.

Knowing that your percentage of made putts almost double when going from 6′ to 3′, think about the last time you missed a putt left or right of target by more than 3′? Doesn’t happen often, But how many times have you missed a putt long or short by more than 3′? Much more often. So clearly distance control is far more important with respects to leaving a manageable second putt.

1) Try putting longer putts looking at the hole. When you throw a baseball, you don’t watch the movement of the arm? You look at your target and gauge how far away he is. This will help you focus more on the length and pace of the stroke, versus the mechanics.
2) Try putting to the collar of the green, rather than a cup, with the goal being to stop the ball on the mowing cut line, rather than a target.
3) Set up a tee behind the putter on a specific length putt. Try to mimic the same length and pace so that all those putts travel the same distance. This will ensure that you perfect and can repeat the same length and pace for a specific distance putt.