Top Ways to Improve Your Pitching Around the Greens 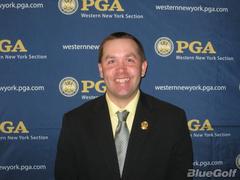 Question 1) Can I putt it? (A poor putt will always turn out better than a poor chip)

Question 2) If I can’t putt, how low can I keep the ball and have the results still turn out for the better? (If you are too far away from the green, but have no obstructions in your way ie. rough or bunkers, what club will allow the shot to carry just onto the green and start rolling like a putt as soon as it can?)

Question 3) If you’ve made it to question 3, then you want to play the shot that will avoid the big numbers. You may sometimes hear people call this play as “taking their medicine”. This is a shot where you may have a bad lie in the rough, or you’ve short sided yourself over a bunker and you just want get the ball back in position. Last thing you want is to have the same shot or even a more difficult shot, so your play is to make sure that you get out of your current situation and put yourself in a position that gives you a chance to make a putt or again, avoid the big number. I’d rather have a 30 footer for par than a fried egg in a bunker.