When the golfer gains confidence in their short game, it takes the pressure off the long game. 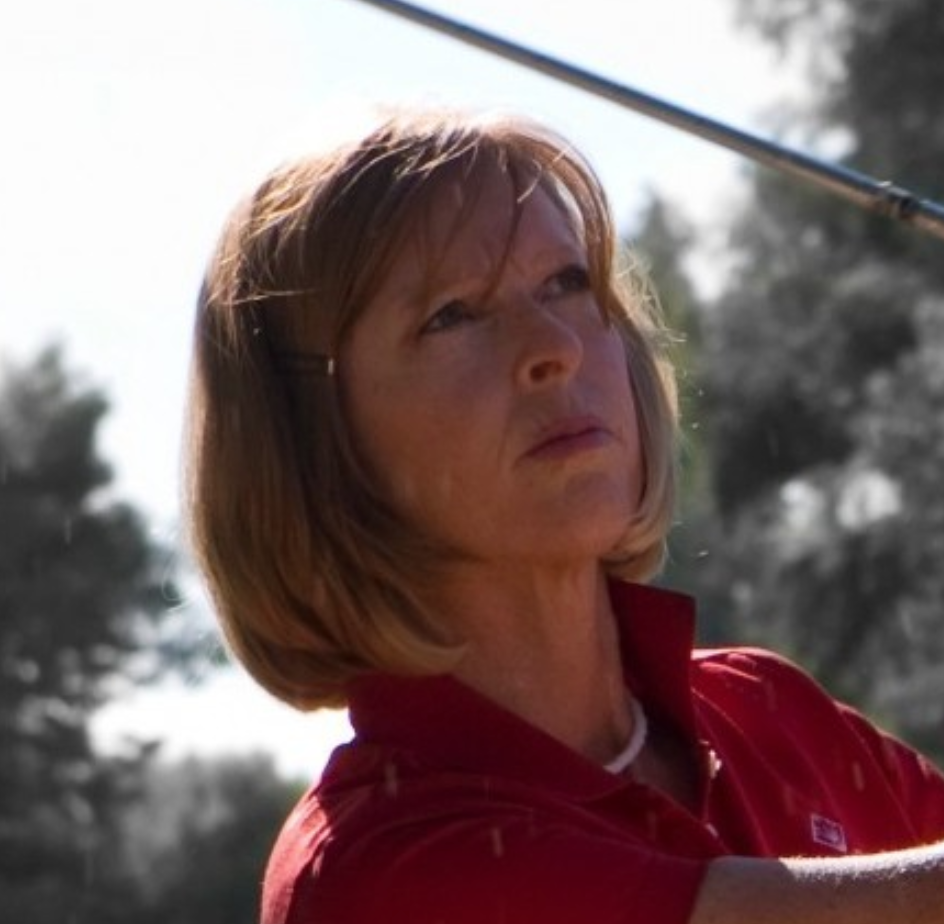 How to Find Kay:

Kay has been linked to the LPGA since she was learning to walk. Her mother, Kathy Cornelius, competed on the LPGA Tour for almost 30 years. Kay walked hundreds of golf holes behind the ropes (and sometimes inside the ropes!) on the LPGA Tour as a young child.

She started to forge her own way in golf early on when she was the youngest winner of the U.S. Girlsʼ Junior Championship in 1981 at the age of 14. From 1979 to 1987, Kay competed in 19 USGA Championships. She earned NCAA All-American honors as a collegiate player at Stanford University. After graduating from Stanford, she turned pro and competed on the Ladies’ Asia Golf Circuit and Ladies’ European Tour.

Her attention turned to teaching during the late 1990s when she joined the LPGA Teaching and Club Professionals. During her 25 year teaching career, Kay has received numerous teaching honors including, 2004 and 2007 LPGA Section Teacher of the Year, 2012 LPGA National Junior Golf Leadership Award, 2014 US Kids’ Golf Top 50 Master Teacher, and 2016 and 2019 LPGA Section Junior Golf Leadership Award. Recently, she was recognized by Golf Digest on their list of Best Teachers by State (Arizona).

During the past 25 years, Kay has found it extremely gratifying to serve the LPGA at both the section and national levels. During the early 2000s, she served as LPGA Major Evaluation Site Host and was the Director of the LPGA/USGA Girls’ Golf of Phoenix Future Stars Program. Currently, she serves as LPGA Central Section Education Ambassador and she is co-site Director of LPGA/USGA Girls Golf of Phoenix (SE Valley). Since 2006, Kay has enjoyed contributing to the growth and education of LPGA Members in her role as a National Evaluator on the LPGA Global Education Team. Kay teaches at Foothills Golf Club and Mesa Country Club in Phoenix/Mesa, Arizona.

How old were you when you got started in golf and what eventually pulled you into becoming a golf professional?

Since I had such a unique childhood being the daughter of two golf professionals, I started hitting golf balls at a very young age. My mom was the star of our family. She won eight tournaments during her LPGA Tour career, including the 1956 US Women’s Open. My dad was a Life Member of the PGA of America and held a variety of jobs in the golf industry. When I was born, he was the head professional at Rancho Santa Fe Country Club in Southern California. Later, he purchased a golf course in Victorville, CA, and I think that is where I learned to putt.

We made our way back to Arizona in the early 70’s where my dad purchased a driving range in Litchfield Park, outside of Phoenix. The timing was perfect as playing mini golf, drinking from the coke machine, and hitting unlimited range balls were the perfect forms of entertainment for me when I was a kid! Golf was such a big part of my life and I had so many opportunities because of my parents involvement in the game, I always knew I would pursue a career in golf.

How do you stay current with the latest developments in teaching methods?

I am connected with industry leaders and attend continuing education seminars on a regular basis. In my opinion, staying current with developments in teaching doesn’t mean that one changes his/her teaching methods depending on the wind direction! I feel solid in the concepts that I teach. I have been told that I’m an excellent listener and communicator, two key elements in teaching effectively. I believe in asking the right questions, gaining insight into the student’s experiences, what he/she would like to gain from golf lessons, and forging a path
in the direction of the student’s desired goals.

What are 2 trends in golf that you’re excited about?

I think stat tracking apps are a great development to help golfers see where they can gain shots, achieve lower scores. I think affordable launch monitors and distance trackers are another big development.

Do you specialize in teaching any facets of the game?

I think the short game is under taught. I think for many golfers, the best way to approach the long game is through initial improvement and skill building in the short game. When the golfer gains confidence in their short game, it takes the pressure off the long game. I don’t necessarily specialize in teaching one area of the game but I probably enjoy teaching the short game to a large degree because golfers can gain the most rapid improvement in this area, in my opinion.

What sets you apart from other golf professionals?

I would say my ability to connect with students, my listening skills and communication skills set me apart from other professionals. The length of time I’ve been around the game and the professionals and experts I’ve had the opportunity to work with also is what sets me apart from others in the industry. There aren’t many teachers out there who grew up on the PGA or LPGA Tour, as I did.

Is there a highlight from your career in golf that stands out above the rest?

There are three highlights from my career in golf. As a teaching professional, being recognized by one’s peers and professional organization is such an honor. When I won my first LPGA Section Teacher of the Year award in 2004, it was right after one of my mentors, Mr. Johnny Bulla, had passed. I wanted so much to share the award with him in addition to sharing it with my parents, Bill and Kathy Cornelius. I was especially proud of that recognition because I worked independently at a Phoenix area golf club and not on the coattails of a well-known professional.

The next highlight was winning the 2012 LPGA National Junior Golf Leadership Award. This was the first year the LPGA had recognized a professional for leadership and teaching excellence in the area of junior golf. I am especially proud to have been the first recipient of that award.

Another highlight of my career was being recognized by Golf Digest Magazine on their list of Best Teachers By State (Arizona) in 2019.

It’s an honor to be interviewed by Backswing. Thank you for this opportunity!