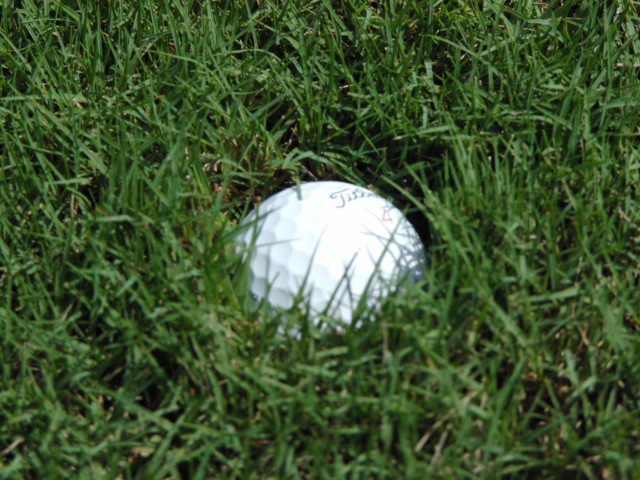 Sometimes shots from the fairway can be hard enough with a good lie. So how about when you have to deal with thick rough? Read on for how to escape tough lies from the rough.

Get out of that ROUGH

Need help getting out of that thick rough? Simply update your stance and club face.

I like to teach my students to move the ball a bit further back in their stance. This allows for a steeper angle of attack and reduces the amount of grass between the club face and the golf ball. Also, the grass will attempt to close your club. Therefore, you must open your club face a bit, and hold on tight so the club won’t twist as much in your hand.

From there, you’ll be hitting more greens in no time!

Repeat this drill, and you’ll have a better in-to-out golf swing.

Find a way to make par

Hitting out of deep rough with the wrong game plan can be a round disaster for many amateur golfers. I think the most important decision to make is pre shot and determining the best place to miss the shot to make par. Often that could mean taking one less club then the normal yardage and try to get the ball on the front of the green or an opening in the approach. After the pre shot decision is made, I try to get the golfers to swing the club steeper on the backswing then normal (visualize the steep high hands of Justin Thomas), and steep on the downswing through the hitting area and try to keep the toe of the club from closing quickly at impact.

I have also found it easier for some amateur golfers to set up with the club in an open position and then make their normal swing. The club will naturally close out of the high rough.

Different golfers can find success in different ways and it is important to try as many methods as possible, see what works best for you. Regardless of the method, the goal should be to make par as easily as possible and that rarely means trying to pull off the ‘hero shot’ out of high rough. 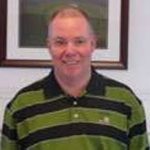 The term “Bomb & Gouge” was used a lot a few years back when describing the games of tour pro’s like VJ & Phil. The idea came from the tactic of bombing the drives as far as you could not worrying about hitting it into the rough because you were close to the green and can use a shorter club to get out of the rough and onto the green.

The reason this worked was because the shorter clubs are swung on a more upright plane and that works better in the rough. An upright plane or “Ferris Wheel” type swing as opposed to a “Merry-Go-Round” swing works better because it is the path of least resistance through the grass. (nearly straight up & down)

A couple of things to do;
1. Stand up and closer to the ball, this will help create a more up & down “Ferris Wheel” type swing.
2. Open the face and play for a fade.
3. Read the lie…if it is like a dense jungle then perhaps the best play is to simply wedge it back in play but, if you feel like you can get the club on the ball with not very much resistance…go for it.
Picture a “Ferris Wheel” type of swing so you have a much steeper angle of attack and give yourself a chance of pulling off a great shot. 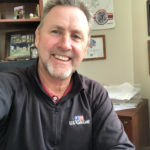 In the deep rough loft is your friend. No matter what distance you may have the first objection should be getting the ball back in play first. Then after that you can focus on hitting closer to a target. So the order of operation should be what can I get out of this lie, how close can I get to the target with little danger, and finally can I hold a green with this lie. If you follow these steps your scoring should improve.

It’s not often that the first poor shot screws up our score, it’s the second poor shot that immediately follows the first one!

There are many variables to consider that would determine what kind and how exactly to hit this shot. Let me say this though, it’s not often that the first poor shot screws up our score, it’s the second poor shot that immediately follows the first one! We often make an attempt to recover from our errors with frustrated and unique shots that are often risky and result in round ruining scores. It’s best to accept that poor shots are a part of the game and play each shot independent of one another. Taking an unplayable penalty stroke is also an option! We shouldn’t feel like we must play a poor shot forward and erase the past. Accept it! Take a bogey or even double bogey. Great shots will come! 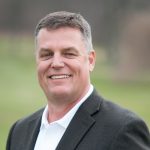 "It’s not often that the first poor shot screws up our score, it’s the second poor shot that immediately follows the first one!" Click to Tweet
Direct Link

Don't be a Duff, Lay-up out of Rough

Escaping deep rough while advancing the ball a long distance requires tremendous club head speed. Unless you are a high-speed player, the odds are in your favor to lay-up in the fairway and attempt to get up and down. Even if you do have speed, we often see many tour players still lay-up out of thick rough when playing in difficult conditions (ie: majors). They know GIR percentages drop when playing out of rough and penalty shot percentage increases. Put ego aside and follow their lead.

It also helps to have the right equipment for the course conditions you play. In thinner grass, a hybrid offers a great option to get the ball out of tricky lies, allowing good height and spin even on these difficult shots. Thicker grass may require a square-faced iron with a thin sole to get the club face on the ball. Loft in this case is your friend- pick a mid or short iron to advance the ball to a lay-up yardage and live to play another shot. 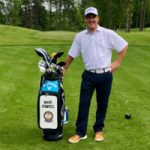 This can be a very difficult shot for almost everyone. Where most people get in trouble is they try and make their normal swing. Because of this the club comes in at to shallow of an angle and they get to much grass between the clubface and the ball.

You have to check the lie and see how much grass is behind the ball. The goal is to try and get as much club on the ball as possible. You will need to come down at a much steeper angle, the deeper the grass, the steeper the angle. To insure a steeper angle you should play it back in your stance a little bit and it will probably feel more like a chopping motion, depending on how thick the grass is.
Strength is definitely a major asset for this shot. Not only for getting through the grass but also to stop the clubface from twisting to much.

Depending on the length of the grass and the density of it you may only be able to advance the ball with a short iron. If you remember back in the day when the USGA would grow the rough incredibly high, even the Touring Pro’s would just pitch it back out into the fairway.

When it comes to escaping deep rough (or even any bad lie for that matter), it’s good (especially for amateurs) to always remember this one really important piece of advice. That is, the worse the lie the more the loft. In other words, the worse your lie is, you should pick a more and more lofted club to hit in accordance with just how bad the lie is. So, a lot of times (even if you’re 150 yards or further from the hole) you may just have to pick a more lofted club than you’d normally hit and just lay it up down the fairway (as far as is feasible) to maybe try to make a par the hard way. More times than not, this strategy will take the big numbers out of play and (only if you’re a halfway decent player) a lot of times you can escape this situation with just bogies and pars. The danger of bad lies from a longer distance is when you try to hit the hero shot and go for the green when the lie is just way too bad to do so. 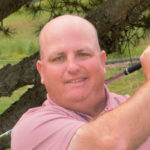 Back in the fairway for a one putt par...

Take your wedge out, put it back in the fairway and get the next shot close for your one putt par…

Aim a little left and try to get steep angle of attack.

Aim a little left and try to get steep angle of attack. It will tend to come out a little right so aiming left will help.

"Aim a little left and try to get steep angle of attack." Click to Tweet
Direct Link

Less can always be more

A good lie sitting up in the rough can often times fly farther. The sitting down lie can very easily produce a knuckle ball that will roll out but not fly. Often times less club from the rough can work out distance wise and take the long miss out of play. 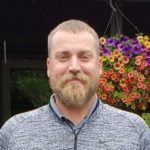 As a PGA Pro that plays with alot of high handicap golfers they seem to put there hero hat on thinking they can hit their mid to high irons onto the green. Well no so much, they either hit their shots low and left or duff it. So in this take a more LOFTED club and get back into the fairway or at least lay up to a distance that you are more comfortable with. This way you may have a chance at making PAR at worse BOGEY. Reduce your mistake and your score. 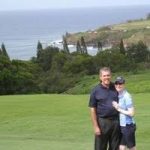