Putting with the flagstick. In or out? And why? 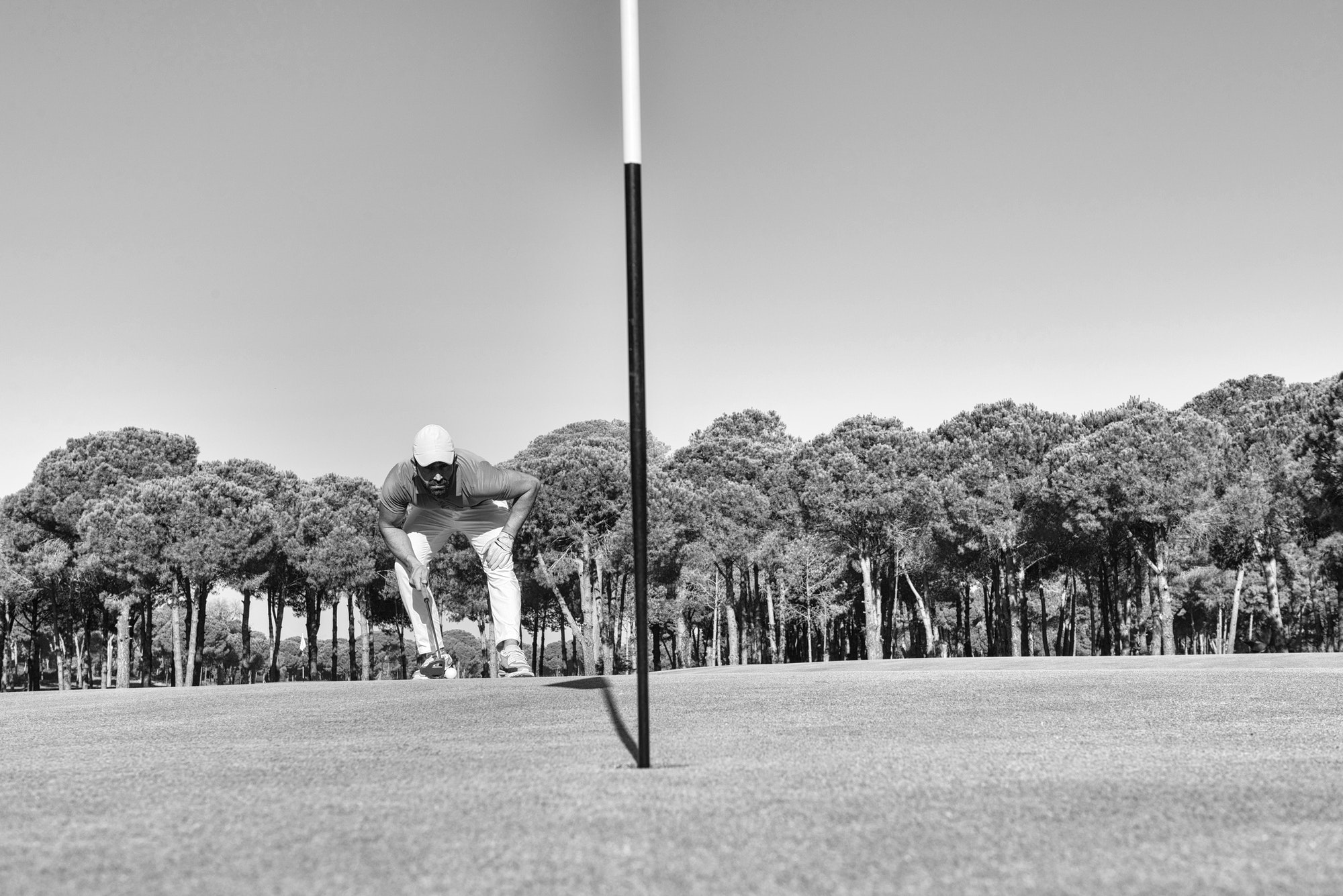 With the recent rules change that lets you putt with the flagstick in the hole, we asked our golf professionals what they think is best. Should you leave the flag in or take it out?

In the long run, it is personal preference on what you want to do on the putting green.

As a person that doesn’t get technical with golf, does the flag stick help putting? I think the flag stick helps putting from 15 feet and out. It gives the golfer an added target compared to just using the cup. It also helps individuals who have limited eyesight which is an added plus. I coach a college team and I’ve also been asked if keeping the flag stick in speeds up play? It does and then it doesn’t. Some individuals walk up to the green and just putt with out it having to be tended which is awesome. Then there are others who putt the flag in put the flag out which takes some time, but that is pretty rare.

In the long run, it is personal preference on what you want to do on the putting green. If you like putting to a bigger target or something that comes out of the ground, go for it. If you are looking to speed up play at a course, agree that the flag stays in the hole. In the long run, it is something that the golfer won’t have to worry about the flag being pulled on a long lag putt. That’s pretty much it, but I like the move the USGA has made but like I said it is all personal preference on what you like to see when you are putting. 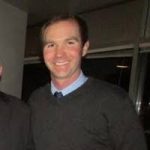 "In the long run, it is personal preference on what you want to do on the putting green." Click to Tweet
Direct Link

The main reason for the change in rules is to speed up play.

The main reason for the change in rules is to speed up play. I totally agree and feel that leaving the flagstick in the hole on long putts makes sense and should be done

Shorter putts become much more personal. I know several tour players such as Bryson DeChambeau and Adam Scott leave the flag in all the time.

My son Brien was a teammate of Adams and a much better putter. His control of distance was similar to Ben Crenshaw. His comment was “if I hit the putt at perfect speed, how can the flag help?” I agree and will usually take the flag out under 15-20 feet. 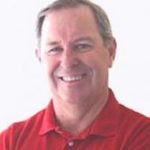 "The main reason for the change in rules is to speed up play." Click to Tweet
Direct Link

I think leaving the flagstick in option is a great call.

I think leaving the flagstick in option is a great call. If it saves a minute a hole (average) by leaving it in and not having to wait for someone to tend the flag, etc, one saves 18 minutes on the round, which is huge for a place like ours, that demands a premium on pace of play. Customers I’ve spoken with, love it, and the time, energy and annoyance of minding, tending the flag is simply a “time waster”. I’m all for it!

Bottom line, find out what works best for you.

As we are all aware of by now, the USGA and R&A have changed the rule where you can now putt on the putting green and leave the flagstick in at all times. My guess behind their reason for this is that it would be speed up play; but it’s been my experience that I don’t think it has. Simple reason being is I’ve been in foursomes where half of the players wanted the flagstick in and the other half out. The extra time it takes to keep putting the flagstick in and out is one, annoying and two, hasn’t sped up the time on the greens. Now if everyone agreed to keep the flagstick in it could speed up the time, but when players have the option to have it in or out it won’t.

Now, the one advantage to putting with the flagstick in is when you four faced with a long lag putt. I believe it will help the player judge the distance better, plus your caddie or playing partner doesn’t have to worry about standing in another players line. In regards to short putts, I believe the jury is still out on that. On a short uphill breaking putt I believe if you just try to hit the flagstick, the ball will hold its line better and not break out of the hole. Not so much on a downhill cause if you miss, your next putt will probably be longer.

Bottom line, find out what works best for you. 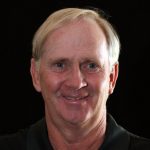 Here are my takes on it:

#1) Casual golf no issues as most of those are with family – not serious enough to worry about.

#2) Personal Tournament Rounds/ College Team events – I suggest leaving the pin in on downhill / breaking putts as a modified back stop as few players have true distance control – yes even my better male players leave it too far past the hole on the comebackers and this may provide some assistance on the rare occasion. For uphill and flat putts I am still a believer in putting with the pin out.

Studies have shown more balls are holed with the flag out.

I’m not a fan of putting with the flag in, studies have shown more balls are holed with the flag out.
On the other hand, if it speeds up play i’m all for players leaving the flag in.
June 17, 2019

It depends on the distance away from the hole

It depends on the distance away from the hole. Personally, I like to take it out when I start to get into the 20-25 foot range. I can see more of the hole, which in return makes the hole appear bigger. If I’m farther away I simply just try to get it close to the hole for an easy tap in. A lot of students have started to use this approach and have had success. I’ve seen so many people leave the flag in and have it hurt them. I’ve also heard where it has helped many as well. It comes down to basically personal preference. If it improves the golfers confidence I am always on board!!

I am in favor of being able to leave the flagstick in.

I am in favor of being able to leave the flagstick in.  It will help speed up play.  A person who is up no longer has to wait for everyone to make their way to the green to either tend or pull the flag for them.  So much time is wasted in this process.  And I don’t feel leaving the stick in creates any sort of advantage.  In fact, your speed my need to be a little more precise.  A positive Rule change in my opinion.

"I am in favor of being able to leave the flagstick in." Click to Tweet
Direct Link

If I have a putt longer than 30 feet I have left it in.

Putting with flagstick in or out?
Since the rule change it has been interesting watching how different players now putt. For me if I have a putt longer than 30 feet I have left it in. One reason is that so many players do not tend the flag properly and it is one less distraction.  The second for a number of players is helping with depth perception and gives confidence.
I hope that whatever decision you make commit to the putt and make a good stroke.
Good luck
June 19, 2019 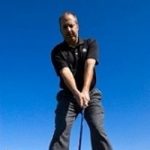 "If I have a putt longer than 30 feet I have left it in." Click to Tweet
Direct Link

I like the ability to leave the flag stick in...

In general I like the ability to leave the flag stick in and once you have established a protocol for your group that day, I do believe it speeds up play.  For example, I let my group know I like to leave it in from about 20 feet and further and pull it from around 20 feet and in and I’ll ask my play partners their preference.
I believe it is helpful for longer lag putting to give you a visual reference for distance,  also it could be helpful on downhill putts.  However I don’t think it is a real advantage as I have noticed plenty of shots bounce off the flag that may have gone in the hole.
June 18, 2019 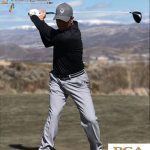 The Club at ArrowCreek, Reno, NV

My personal opinion about putting with the flag in is that I think it’s great.  It really does save time.

I understand the premise is to speed up the game, but I have heard discussions between players that it may slow down play. With some players wishing to keep the pin in and other wanting removed. Personally in a casual round with friends I would tend to leave it in on putts outside of 20 feet and some downhill putts. In competition I would probably be more traditional and have the pin removed or tended. It is a personal decision that everyone needs to make for themselves, but if the group is playing ready golf it should not slow down the game. 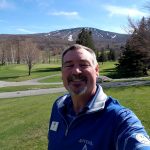 Putting is all about confidence

Putting is all about confidence so if the visual of seeing the flagstick increases confidence, go for it! 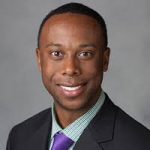 Golfers are more willing to get their putts to the hole while the flagstick is in.

After playing in multiple tournaments this year and observing my students play I would say with 100% confidence that golfers are more willing to get their putts to the hole while the flagstick is in. I do not think it provides any significant advantage whether it is in or out but 85% of missed putts are short so if it gives you more confidence to get it there and play less break then leave it and roll it true.

"Golfers are more willing to get their putts to the hole while the flagstick is in." Click to Tweet